We seldom want what we already have.

Finding more resources, more allies, more sex, and more power is what our primitive brains push us towards. GET MORE!!! It ignores the fact that the great majority of us have everything we really need.
Embracing abundance is a necessary early step of any strategic plan that maps a critical path to contentment.
www.MikelGerle.com
Works well with others.
According to whom?
The news today is reporting that military vets are not doing well in the marketplace because they tend to walk directly to their desks and begin working without first making a swing around the office to chat with their coworkers. They don’t do well because they see clear distinctions in roles and responsibilities based on job titles. They see rank and have expectations of behavior based on a defined hierarchy. They expect organizations to operate according to clear designations. They don’t understand how to “network.”
I relate a lot to this “problem.”
At the core of my being, I believe that having clear roles is the most efficient, and honest, way to operate an organization. But I also know with certainty that I operate in a culture that abhors honest distinctions in power, class, and (paradoxically) culture.
For instance, as a subordinate, I was corrected for addressing power brokers as “Mr. Lastname.” Conversely, I had fellow subordinates tell me that, “She (our executive) is just like everyone else,” when we were discussing the management style of our leadership team. When I pointed out that the boss had her own parking space, her own office, and the ability to fire us, my coworkers looked at me as if I’d suddenly started speaking Klingon.
When searching for answers to why my ideas for improvement had been ignored, I was told that that my problem was not what I had said, but how I had said it. I was told that I was technically proficient, but my products don’t really matter if people felt the least bit of resistance to what I was proposing. I was told that people needed to be motivated by something other than logic, return on investment, and goal driven value.
Now I get it, I live in Southern California. That is just the reality I live in. So a while back I changed my behavior, started spending more time talking about the weather, offspring, and commuting routes. Now my ideas are embraced with gusto even though they are less developed because of all the time I spend on “networking.”
I am now being “effective,” but let’s be honest.
I am working well with other according to rules that have little to do with the organization’s stated objectives. I’m an analyst not a networker, so I’m not being me. The networking culture is a culture of pretention. We pretend to be about objectives when in fact we are about the old high school popularity game.
It is a culture of conformity. It does not respect the culture of the objective thinkers. It does not respect the culture of the veteran who quantifies effort towards the stated objective as paramount. It pretends that leaders are not required to lead and that subordinates are never devalued.
Worst of all, it pretends to be “embracing” by forcing us to all to agree that we all agree even when we don’t. 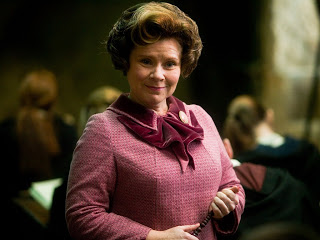 Harry Potter’s Professor Delores Umbridge was a model of polite, happy, leadership. She only required one thing: Fall in line.
www.mikelgerle.com

Notifying a community that they may be at risk for a potentially fatal disease for which there is currently treatment and a vaccine is not “yellow journalism,” it is leadership.

James Peron’s blog post in the Huffington Post attacks Councilmember John Duran’s press conference, suggesting that Duran’s actions unnecessarily put the gay community’s political agenda in peril. This is looking at the small picture and ignoring our community’s history. This is not a time to let our own internalized gay shame slow down remedies that will prevent people from dying.

This article misrepresents what Councilmember Duran said at the news conference. I was there. He stated the facts as he knew them, had LA County Health there to clarify details, and made it a point to call for calm while looking this problem directly in the face. Duran’s leadership could be the reason this scare becomes a non-issue. Ignoring a treatable communicable fatal illness that is likely to spread fast among gay men would almost certainly cost lives. Because of the news conference many many men will now get vaccinated or treated for symptoms and this out break will stop before it gets started. The author of this article appears to believe that we need a high body count first. Men like Duran and myself have seen that movie – we lived it. We won’t let it play again. Our friends died while nobody touched the uncomfortable topic. Such silence will never happen again because those of us who were there, know that silence = death. If that makes a few people uncomfortable, they can click away! 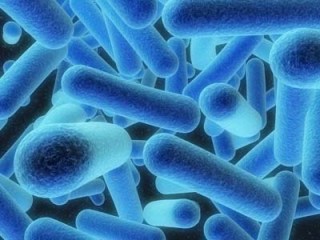 Integrity is required if you want someone to respect anything you have to say, any decision you want to make, or any promise you intend to keep. Without it you cannot be trusted, and without trust your ability to lead is doomed. 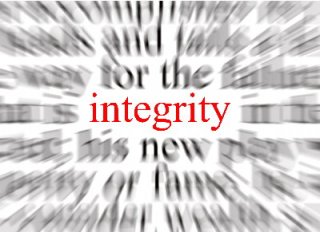 The pious would have you believe that integrity is about holding a high moral standard that they will define. Do not be confused. Do not be strong armed into believing that being out of alignment with the establishment’s values means you do not possess integrity. That is simply not true. It is a perversion of what integrity truly means. Besides, your set of values is just as sacred to you as their set is to them.

Integrity does not choose sides, it only measures adherence to what you profess to believe in.

Being in a state of integrity does not require that you hold a singular set of moral standards. It requires something simpler, more profound, and requiring a greater sense of personal responsibility and courage – that you consistently speak and act in accordance with your own values.

Integrity is what causes a liberal who believes in freedom of speech to fight for the right of the conservative to be heard.

Integrity is what causes a conservative who believes in smaller government to fight against the government’s intrusion into the bedroom.

Integrity is what keeps a manager from making false promises and telling people what they want to hear in order to avoid conflict.

It is incumbent upon you to measure all your actions against your own moral code. When you do that, not matter your beliefs, it becomes easier for people to trust you. It becomes possible to find the common ground on which a solid future can be built.

One reason for the current breakdown of American politics is that people are choosing short term brinksmanship (“winning”) over reasoned decision making. Without integrity there is no longer an overlapping common ground upon which to build, there are only the shifting sands of this moment’s sound bite looking to stir support causing more and more people to be wary of the process. New ideas are vanishing.

Whether acting at the federal level, the corner office, your private recreation club, or with your significant other, integrity is essential. Without it your relationships, your organization, or your company are doomed.

Seth Godin says, heretic = artist = leader. I like that. ​​
​
​This heretic is here to change your life – our lives, the lives of gay men and anyone who is effected by gay men. The change will not be easy. It never has been. But it is necessary, and the rewards are enormous. No matter how comfortable it becomes for gay men there will always more work to be done. For gay men, the status quo is not only unjust, it is dangerous. What is true today will not be true tomorrow. The era of change is upon us. We either lead the change or accept what happens to us and our culture by external forces. The good news is that there are more opportunities to effect change than ever before. Social connectivity platforms have suddenly given us all a voice more equal than at any other point in man’s history. What are you saying with yours? How are you using it to effect change?
​
The challenge, is getting past your own fear.
​
Writing these words on a public web site is not done without fear, but I am doing it nonetheless. I have faith that others in the tribe will be moved to create their own change, your own change, that is parallel to my own. Create something that is true to your own authenticity, that is diverse, and is vibrant. Let me be clear, I am not asking you to follow Mike’s prescription for change. I am asking you to create your own, give voice to it, and lead others who respond to your message.
​
I will not be deterred from action or agree to “not now” assertions by those whose fear has paralyzed them. Many of these assertions are coming from our usual enemies or the institutions build by GLBT people. It turns out my own tribe is not immune to the lures of the status quot.
​
I will not accept attempts to shame me by those saying I’m being selfish by focusing on the needs of my gay brothers when so much work remains undone to save the planet, on human rights, on minority rights, and on GLBT rights in general. What I will do is focus on the dignity of my own tribe and celebrate the leadership other leaders give to their tribes. When that happens, not only will the lives of gay men get better, but so will the lives of GLBT people in general and those of the entire planet.
​
The ripples of dignity fueled change lift up the lives of everyone. Feed your tribe.
​
​Stop asking permission. Start leading.
​​
Be the heretic that ads light to the color band of the rainbow that speaks to you. Celebrate its uniqueness, promote its message, and foster the people who are drawn to your light. It will happen. It is happening. And every time that it does, we all win.
​
Do not be deterred by the establishment; by those asking you to wait, asking you for the polls to change, or for  permission that comes from a hierarchy. The hierarchy is no longer vertical, it is horizontal. YOU are the hierarchy. There are no longer people above you and below you. There are only people beside you. I am beside you. Many more are beside you waiting for you to lead them.​​